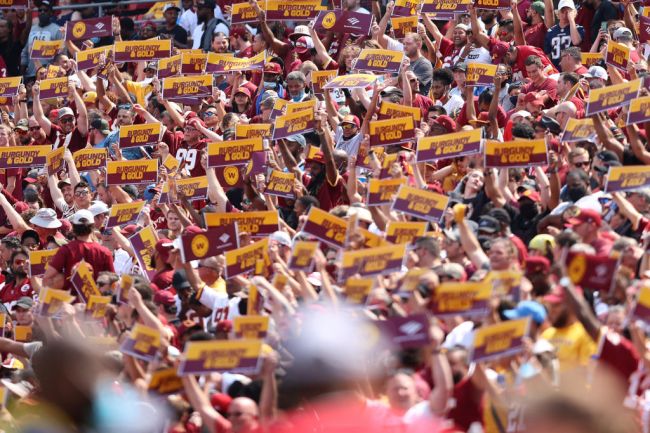 Fans at today’s WFT-Charges game are probably going to get a refund due to a nasty leak in the stadium.

In a video released online, several fans sitting in the bleachers were sprayed with sewage water that leaked from an apparent pipe burst at FedEx Field.

Hopefully, stadium officials make things right and give these fans some free tickets and merch because that’s nasty.

There’s a massive sewage leak in the stands at fed ex. Those fans that are impacted deserve a refund