The Chicago Bears will battle the Los Angeles Rams in prime time to kick off their 2021 season, where the Bears will be looking to pull off an upset of the favored Rams.

This matchup marks the fourth consecutive year these two teams will meet — the fourth straight on prime time, no less — where Chicago will need to play near-flawless football if they hope to make this a game.

From Andy Dalton’s debut to opportunities for players on defense, here are five things to watch in their Week 1 matchup — and a final prediction! 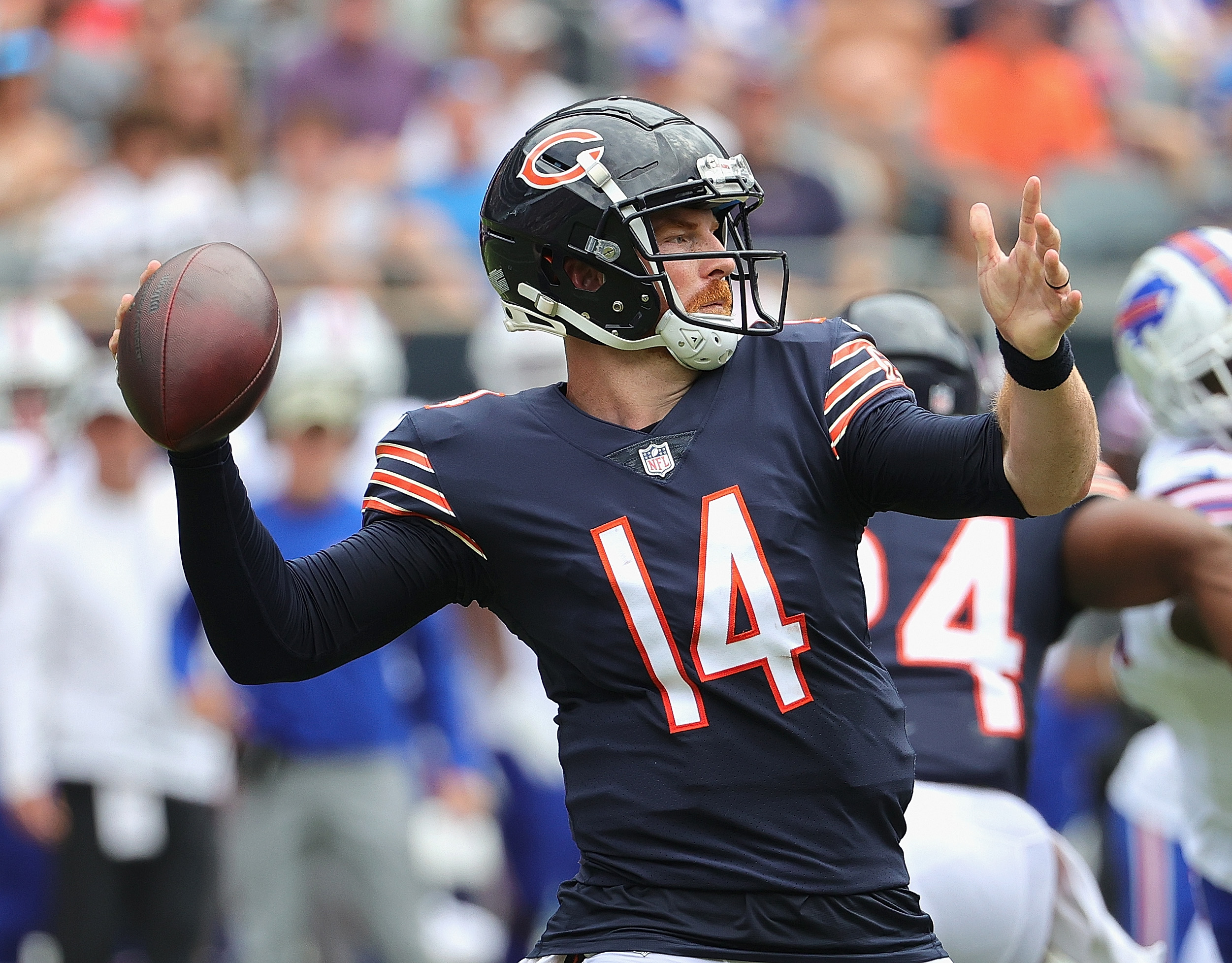 Andy Dalton will make his Bears debut against the Rams, where he’ll be looking to get Chicago’s offense into a rhythm in hopes of contending in this game. But history says Dalton could be in for a rough evening against the Rams. Dalton has the second-worst win percentage in prime-time games (.261) since 2000. While there are some analysts making bold proclamations about rookie Justin Fields replacing Dalton at halftime, Dalton would need to implode in order for a believable switch at quarterback in the middle of the game. 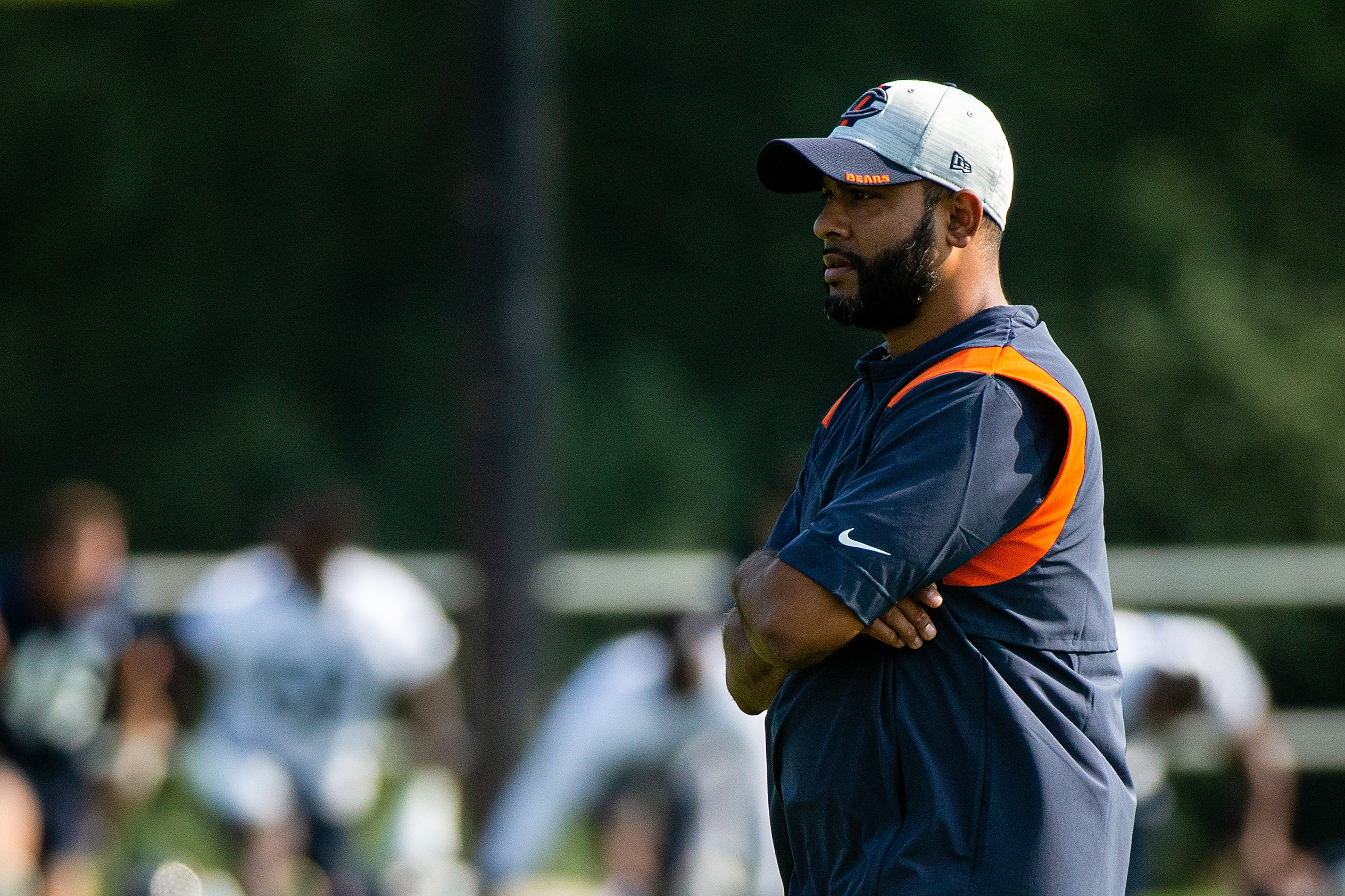 This matchup will make the first for new defensive coordinators for Chicago’s Sean Desai and Los Angeles’ Raheem Morris. But this will be Desai’s first game as a defensive play-caller for the Bears, where he’ll be tasked with stopping the Rams’ high-powered offense. Desai has brought a new energy to this defense, which was palpable during training camp. Desai is someone who’s familiar with this group of guys having served on the defensive coaching staff since 2013, which means he’s someone who knows how to put his guys in favorable spots. We’ll see how this defense holds up with inexperience at cornerback and without nose tackle Eddie Goldman. 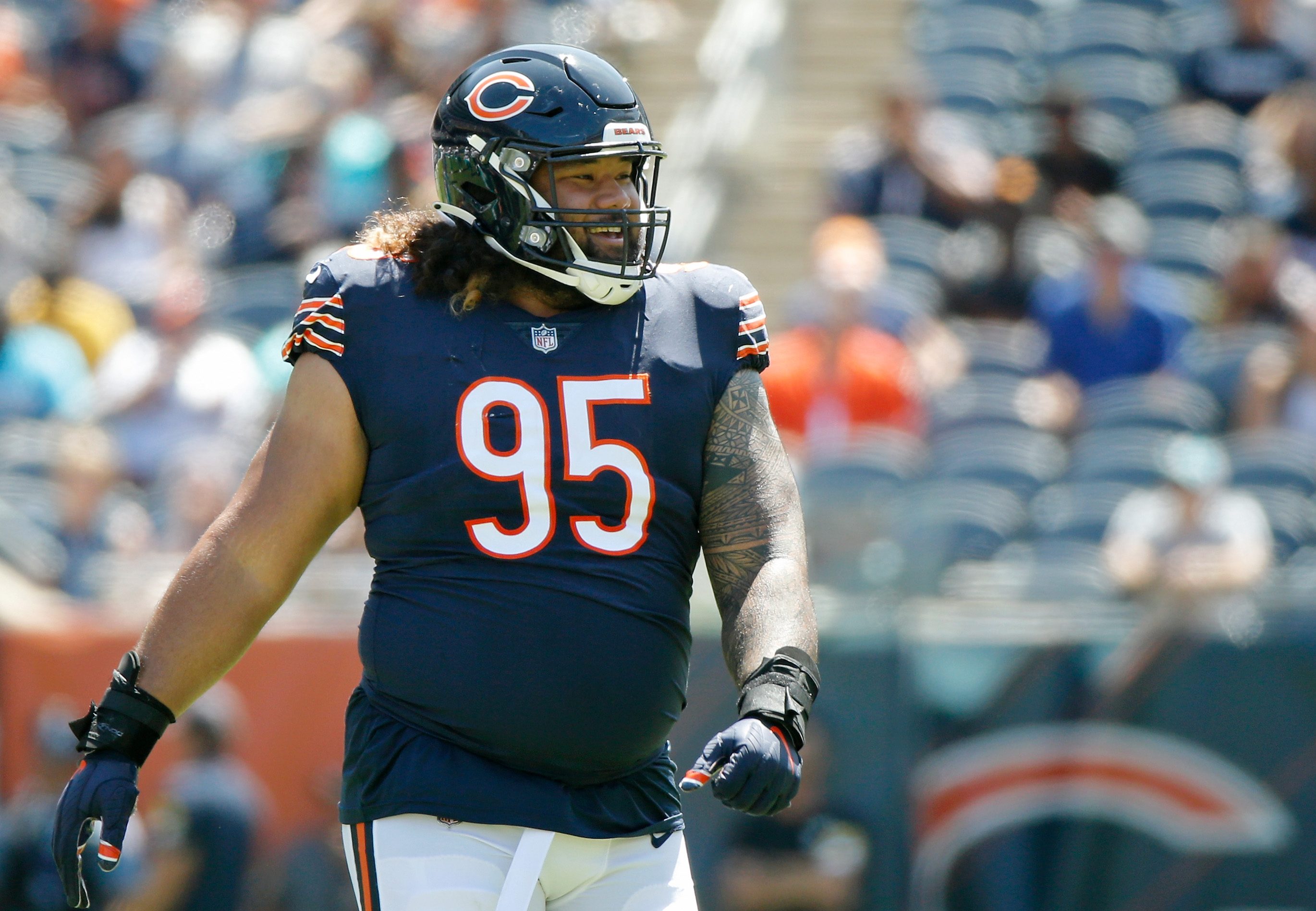 The Bears will be without a couple of key defensive starters against the Rams as nose tackle Eddie Goldman has been ruled out with a knee injury and linebacker Danny Trevathan is on short-term injured reserve with a knee injury. That provides big opportunities for rookie Khyiris Tonga and Alec Ogletree to step up for Chicago. Tonga should get the start in place of Goldman, and he’s expected to split reps with Bilal Nichols at nose tackle. Meanwhile, Ogletree will be the starting linebacker opposite Roquan Smith at least the first three weeks of the season, where he has a chance to earn a permanent starting role if he impresses. 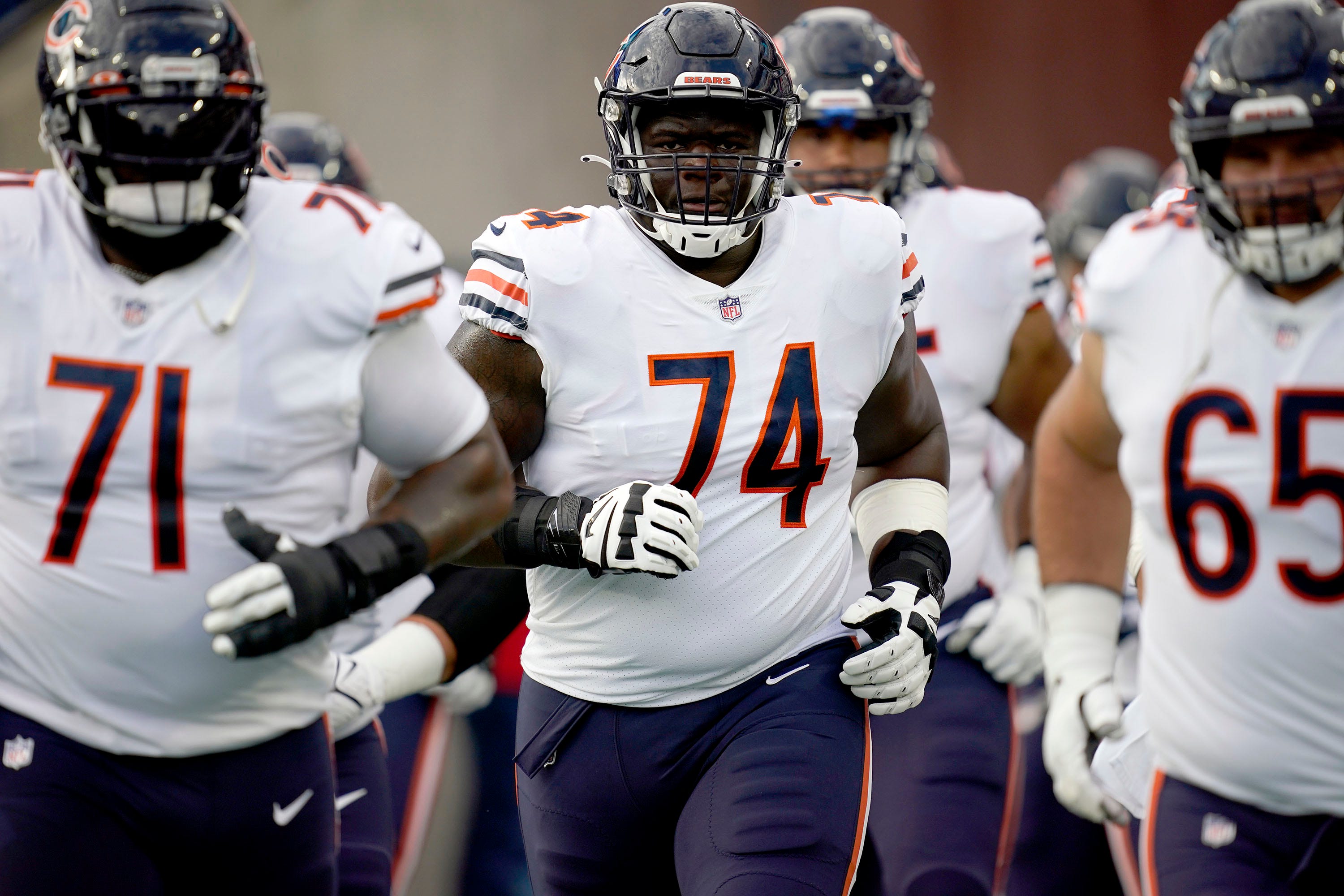 The Bears offensive line was one of the bigger concerns heading into the 2021 season, which wasn’t helped by the wave of injuries sustained during training camp. When Chicago takes the field against Los Angeles, it’ll be just the second time the starting offensive line will play in a game, which certainly presents some concerns. While the interior of the line is set with Cody Whitehair, Sam Mustipher and James Daniels, there are more questions at tackle with 39-year-old Jason Peters and Germain Ifedi. The offensive line will be tested right out of the gate when they contend with Aaron Donald and the Rams’ defensive front. 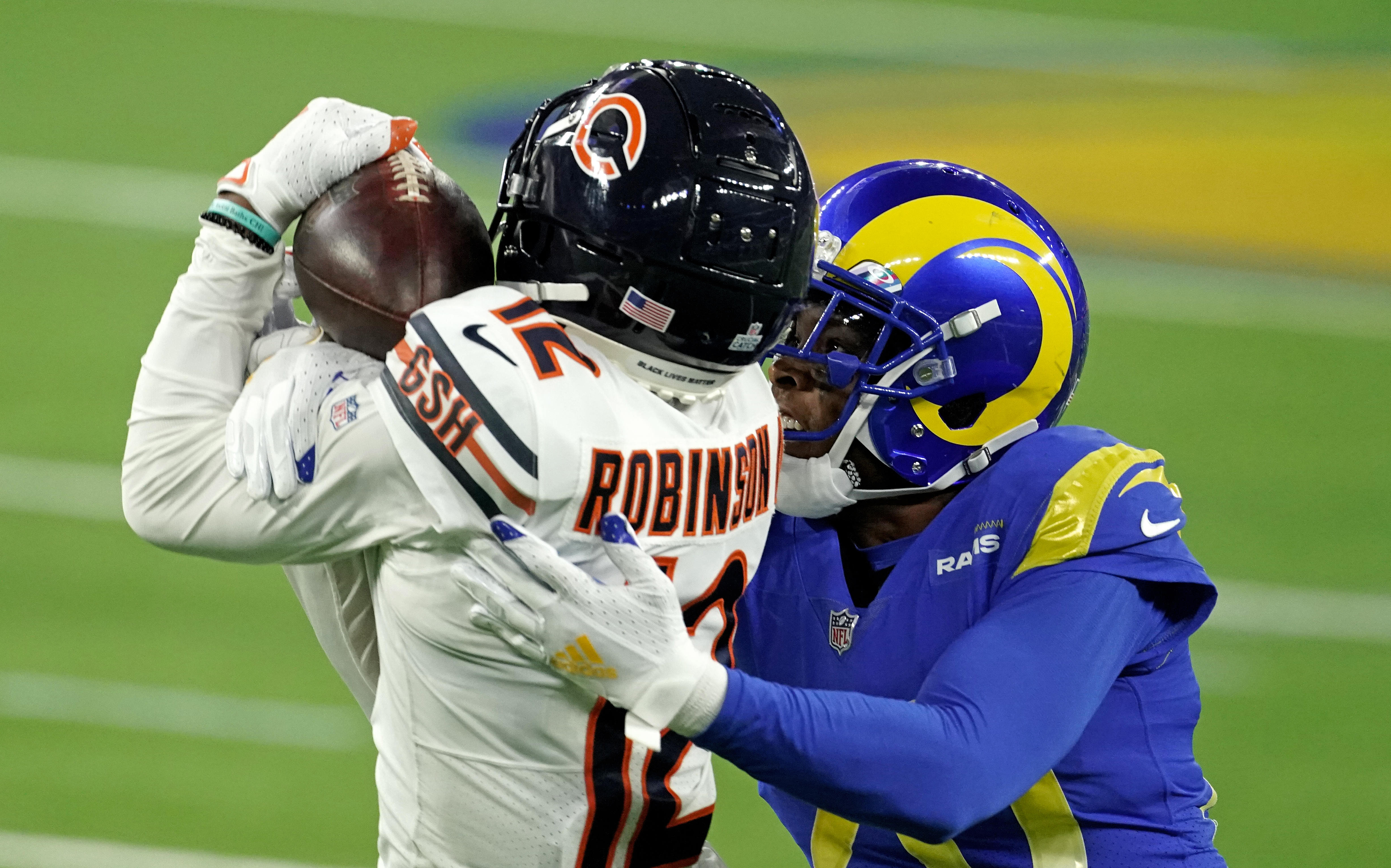